What is a WAN-Port and what is it used for really? It’s that extra ethernet port on the back of the router that you cannot use for your fifth computer. The WAN and LAN-ports are often referenced in the router manual or in guides on the internet, and the ports can be found on almost any router. There is no doubt that these little things are there for a reason.

WAN stands for Wide Area Network. The WAN-Port is the uplink to the internet. While the LAN-ports (Local Area Network) will connect to your computer and other devices, the WAN-Port needs to be connected to the wall or the modem that your ISP has provided. Without connecting a cable to the WAN-port, your network will not have any connection to the internet, and you are not able to watch cute cat videos or the latest episode of House of Cards on Netflix.

That was the quick answer. But as with anything else, there is always more to it and today I thought that we are going to dabble into the topic of WAN, LAN and what you can do with this port on the back of the router.

The Difference Between LAN and WAN

It’s important that you first know the difference between LAN and WAN, as both of these terms will be on the back of the router. Usually, a router has five network ports on its back, where four of them are marked LAN and one is marked WAN.

LAN stands for Local Area Network and means that it is a network of computers that are connected to each other. Your apartment or your house has its own network, which is the LAN. Essentially, all private networks are LANs. In a LAN, you can share resources with each other like printers or files or you can connect to other computers or devices. Your router and everything behind it is a LAN.

WAN stands for Wide Area Network. This is a bit more complicated as WANs can be both private or public. A private WAN is often used by companies to connect their offices together. There could be a LAN at each office that is sharing printers and such locally, but a WAN that connects all the LANs together, so the company can share files with everybody.

WANs are connecting LANs over the internet, and since no business want their traffic to go unencrypted over the internet, they are using VPN tunnels to create secure connections between each LAN. When a VPN (Virtual Private Network) tunnel is configured at both locations, the traffic through the tunnels are private and unauthorized users can’t see it. 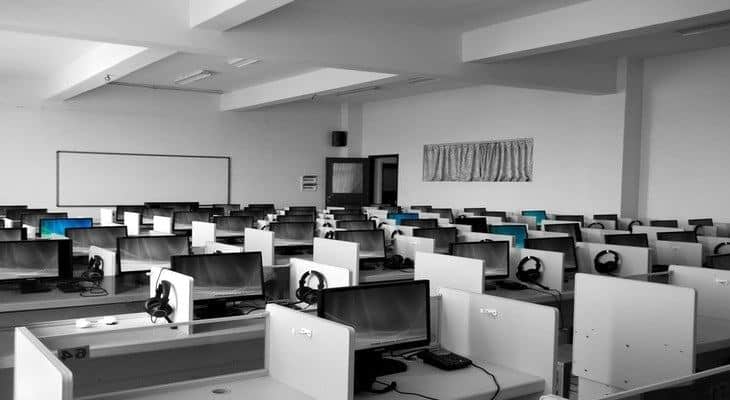 Foy home users, WAN doesn’t have to be so complicated. It’s more known as a way for the internet to come into your house and to your router. As I described above, companies connect smaller offices to the HQ via WAN and for home users, it’s kind of the same but for the ISP (Internet Service Provider) instead. The ISP connects LANs from home users to their WAN, thus giving all LANs access to the network.

But just to be clear, ISPs doesn’t join LANs together, they keep them separate. Your neighbor is not able to print on your printer or see your files.

Why a Router is Essential for WAN-Connections

The WAN-port on the back of the router is the outgoing connection to the internet, that is something we have covered by now. Your router will redirect all internet traffic through this port, both incoming and outgoing. Since all traffic goes through one port, every package will look the same for other servers and devices of the internet. What this means is that whichever device you are using, it will have the same IP address outside the network.

When the package comes back to that IP address (your assigned IP address by your ISP), it’s your router’s job to know which device it was that made the request and redirect that package to that device. The router is essentially taking the packages that come from the WAN-port and redirect them to different LAN-ports or over the wireless network.

If you would skip the router and directly connect your ISP to a computer, that computer alone would have internet access, no other device in your home. If you would take a switch and use it as a router, that wouldn’t work either, since a switch isn’t made for translating incoming and outgoing packages to the internet. 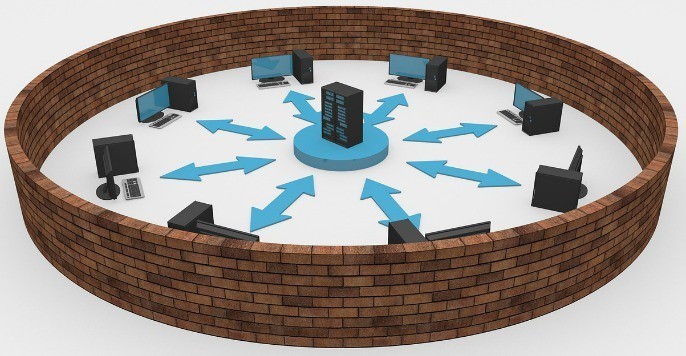 When NOT to Use the WAN-Port

There are times when you should not use the WAN-port on the router. Mainly, it is when you need to connect a second router on the same network for whatever reason. Most of the time, this is because you have purchased a router yourself while your ISP is offering a router as well. To connect them, it’s very important to not use the WAN-port on the second router, as that would not share the LAN with it. Remember, you are trying to connect a device inside your LAN, which means that a LAN-port should be used for that instead.

If you would like to read more about connecting two routers together or learn how to do it, I highly suggest that you take a look at my guide on how to connect two routers which you can find here.

Do Not Confuse WAN with WLAN

A common misconception with all the abbreviations is that WAN strands for Wireless Area Network. Since LAN is such a common (well, not very uncommon) word, from the 90s and early 2000s when friends got to together to play games, people are aware of what it is and that it means Local Area Network. When hearing WAN, the first thought is then Wireless, which is understandable.

However, as you now know, it is very wrong. In fact, there is nothing named Wireless Area Network. Instead, it is WLAN, Wireless Local Area Network. So, if you already knew LAN, you can simply put a W in front of it when talking about wireless. It doesn’t have to be harder than that. It would mix up WLAN with WAN, very interesting conversations could happen…

Sometimes, when the WAN-port is not used (like if you have a second router and is instead using the LAN-port), it would be nice to use it as a LAN-port instead. While I agree that it would be nice, it is not possible. While the ports are looking the same, they have completely different functions.

If more LAN-ports is what you need, you should instead get a switch. A switch will give you extra LAN-ports that you can use for your devices. A great switch that requires no configuration is the Netgear GS105, which you can find on Amazon. I use this switch myself and have three of them in my apartment.