But you may be wondering what’s the difference between a powerline adapter vs a wifi extender? In this article, we’ll tell you just that and how to determine which is best for you.

A powerline adapter is a great little device that will help you access your network in places where you don’t have any possibility to run a network cable. The way it works is that you get two devices with a wall plug and an ethernet port on both of them. You place one device close to your router and the other one in another room, close to the computer that needs internet access.

A WiFi extender is different from a powerline adapter in that it does extend the range of a wireless signal. There are no Ethernet cables supplied with WiFi extenders as they connect to the router wirelessly as well as the devices that they are serving.

What is a Powerline Adapter?

A powerline adapter is a great little device that will help you access network in places where you don’t have any possibility to run a network cable. The way it works is that you get two devices with a wall plug and an ethernet port on both of them. You place one device close to your router and the other one in another room, close to the computer that needs internet access.

But how does this work? Well, what type of cables do you have on the walls in your house, connected to all the power outlets? Power of course. A powerline adapter will send internet through the power cables that are inside the walls of your house.

Many powerline adapters do also feature a power outlet as well so that you don’t have to offer a wall outlet simply for this. The Zyxel AV2000 on Amazon is such a kit, where it has outlets on the back of it. They also support two ethernet ports if you have more than one device that needs connection.

It is nowhere as fast as a regular network cable between the router and the computer since the electrical grid is not made for the network. Power can also interfere with the network signal, which further damages the signal. However, it’s a very easy and convenient way to get a stable internet connection to a device that is far away and doesn’t support a wireless network.

The Pros of Using a Powerline Adapter

There is an obvious advantage to powerline adapters and that is of course that you do not have to run a network cable through the whole house simply to get the kids computer connected to the internet. It can be neatly hidden in the walls and everything will be fine.

As powerline adapters are a wired connection there is no danger of wireless interference from neighboring networks. Latency times are better as well with this wired connection approach. It also provides a stable connection which is preferred for high bandwidth activities.

There is no need for any configuration or setup of powerline adapters. They are paired together directly from the factory, so they will auto detect each other. It is a true plug and plays solution.

Powerline adapter speeds have improved significantly. These days, it’s not uncommon for a powerline adapter kit to provide gigabit speeds. You will never get gigabit speeds over an electrical grid and the speed you get is impossible to say as it will depend on how old the house is and how the wiring looks inside the walls. However, getting adapters with gigabit support will exclude them from being a bottleneck at least.

The security of powerline adapters is very good. Most adapters use 128-bit encryption which stops other people in your home or office simply plugging into an electrical outlet and intercepting the data. The confining of the data signal to the residence means that people outside of the residence cannot intercept data transmission. 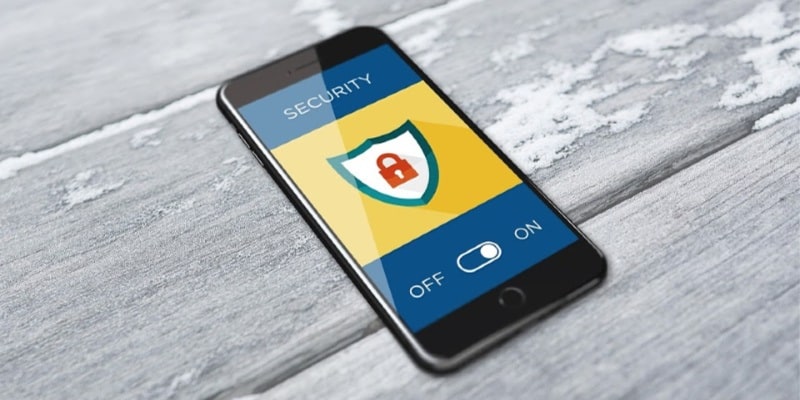 The Cons of Using a Powerline Adapter

But anything that has something good with it also comes with a disadvantage or two. While powerline adapters are a good solution many times, it can also be quite the problem and I would say that the reason why you may never have heard of them before is that of the long list of disadvantages.

If you live in a house with old electrical wiring in the walls, powerline adapters may not work at all. This is because the shielding in older houses is not very good which will interfere and, in the worst case, cut the signal completely. There is no way of knowing until you have purchased a powerline adapter to see if it works or not.

Although it is very easy to get powerline adapters working with their auto-detect feature and no requirement for drivers or setup configuration, if they do go wrong then there is not a lot you can do to try and fix the problem. You cannot make any adjustments to powerline adapters.

Electrical wiring, however modern, can suffer from electrical interference. There have been a number of cases where high load appliances have caused powerline adapters to malfunction. These appliances include vacuum cleaners, refrigerators, and microwave ovens.

You need to plug a powerline adapter directly into an electrical outlet which may not be convenient. It is not advisable to use a surge strip as any power outages will interrupt data streams. Power adapters are usually pretty large and will usually block an electrical outlet totally meaning that you cannot use the second outlet. The solution to this is to get a powerline adapter with an outlet on it as well.

A powerline adapter kit will only allow you to connect one or two devices to a router. This can work out to be expensive with most powerline adapter kits costing from $50 and up. It may be a better option to purchase a budget router and set it up as a secondary router, something I have written a guide on how to do here.

Most powerline adapters will consume electricity even when not in use. The good ones have a sleep mode but even then, a small amount of electricity is used.

What is a WiFi Extender?

A WiFi extender is different from a powerline adapter in that it does extend the range of a wireless signal. There are no Ethernet cables supplied with WiFi extenders as they connect to the router wirelessly as well as the devices that they are serving.

It is important that the WiFi extender is placed in the best position so that you get the maximum signal strength for remote locations. In an ideal world, this would be at the halfway point between the router and the farthest device. In reality, you may have to move the WiFi extender around until you find the position that offers the best results.

The Pros of Using a WiFi Extender

When it comes to the cost of a WiFi extender, the price is often cheaper than a powerline adapter. It’s not hard to find a good extender for less than $50. Of course, the more you pay, the better the WiFi signal will be but if you just want to do some work on your laptop, getting a cheap range extender is not a bad idea.

A WiFi extender that I recommend to my friends that isn’t as keen as I am to have cables through their apartment, is the TP-Link AC750 on Amazon. I find it to do a good job for its price. It’s rather good-looking as well.

The Cons of Using a WiFi Extender

The biggest disadvantage to using a WiFi extender is that the bandwidth is half that provided by the main router. The WiFi extender has to receive the signal from the router, process that signal and then rebroadcast it for remote devices. It has to do the same thing in the other direction as well when the device transmits data to the router.

Your WiFi extender needs to match your router’s WiFi standards. If you have an AC router and you purchase an N standard WiFi extender, then you will lose a lot of performance. There are dual band WiFi extenders available that can work to either the AC or N standard, but these are more expensive.

When you use a WiFi extender you will expand the range of your WiFi signal which means there will be a greater chance of people outside of your home or office hacking in to your wireless network. Although you can protect a wireless network some determined and experienced hackers will be able to breach this security.