Not too long ago, we had quite the situation at work. We got a virus into the network, which started encrypting all our files and stopped us from using them. The only way to unlock the encryption was to pay money into a BitCoin-account. Now, this is a company, where we take regular backups, re once the virus was stopped, we rolled back an hour, and everything was back to normal. But what when you are not a company? Making sure it never happens in the best defense.

The best way to prevent viruses and malicious software to enter your computer or network is to use virus software that regularly scans your computer for virus. That, together with a common sense, will prevent 99% of all viruses to be stopped from never getting in. But there are other ways to stay protected as well.

But what can you do if something bad is in your computer network? Can you save your files and stop it from spreading further? Let’s look on some ways that you can protect your network and computer and actions to take if the worst would happen. Also, a simple tip on how to save some money.

Everyone is vulnerable, Even Apple Computers

The truth about viruses and malicious software is that everyone can be affected by it. For a long time, there has been a rumor saying that an Apple MacBook can’t get a virus, that viruses are something for Windows-machines only. This is of course not true at all. In an article from Macworld, it’s clear that viruses for MacBook’s are something that very much exists. The company Malwarebytes saw an increase of 270% in 2017 for viruses on Macs. 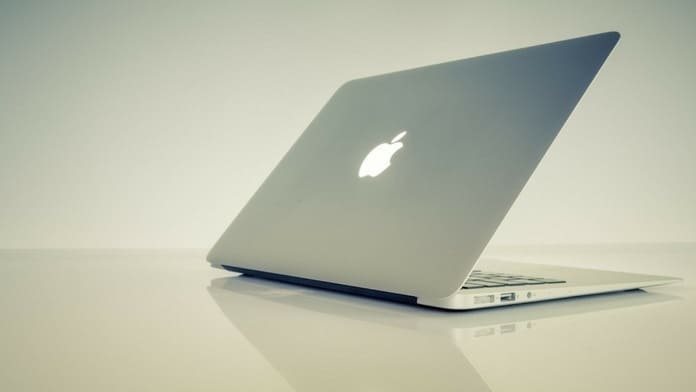 A computer that is vulnerable to viruses too

But viruses are not only for Windows-computers and Macs, but it can also be found in basically anything these days. Our TVs are connected to the internet, many households have some form of smart device, cars are filled with software and it’s more common to have them connected to the internet as well. And I haven’t even mentioned the computer in your pocket, your mobile phone.

This is the reality that we live in. We love being connected to the internet at all times. The problem is that if you don’t protect yourself in these new times, you can end up with a world of trouble. This is how you do it.

Protecting Your Computer(s) from Virus

Next, having the UAC enabled is a must. UAC stands for User Account Control. You might have seen it before, it’s this annoying window that pops up when you try to install something. This is a great thing because this means that everything that is being installed on the computer will have to be approved first. So, if you don’t have this enabled, something could be installed without you knowing. To make sure you have UAC enabled, you can follow these steps (Windows 10): 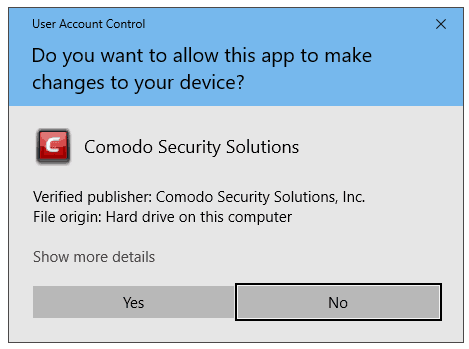 Updating your operating system and other software is crucial. New threats are always being found in software and the only way to protect yourself from them is to update them. Both Windows and Mac are quite easy to update, there is no excuse to not do it. Also, if the software is asking to be updated, you should always install it, if possible.

Having a firewall is a popular way to control traffic intro to your network. Now, it should be said that a topic on firewalls needs its post because this can become complicated very quickly. However, it’s good to know that there are two types of firewalls, software, and hardware. At work, we have a physical firewall, whose job is nothing else than to filter traffic. This is a bit over the top for a home network but instead, you can use software that acts as a firewall. And again, if you are running Windows or Mac, you already have a firewall built-in to the operating system.

Ignore All The Above Tips by Just Following These Two Instead

I think that the above tips are easy to follow and execute and I see no reason for anyone to not do them. However, there are two things stand out like nothing other. If you follow these two tips is crucial and you can easily skip any other tips, including the ones above if you only do these two.

The first one is to take backups. Taking backups of your files and documents is extremely important, yet so many don’t do it because they don’t can’t be bothered. Then, when they get a virus or their computer crashes, call an it-guy (like me) and blame us when we can’t restore the files. Always do backups, it’s not hard, it’s not time-consuming, it’s not expensive. Here are 4 easy solutions:

The second tip is to use common sense. If something looks sketchy or shady, it probably is. If something looks too good to be true, it probably is. If you get an email from someone with an “invoice” and a file attached, think if you are waiting for an invoice. Invoices don’t come without reason, so if you haven’t purchased anything, you will not get an invoice either. It’s the same logic with competitions, if you haven’t been in one, you can’t win. Don’t trust emails that say that you won if you haven’t participated. 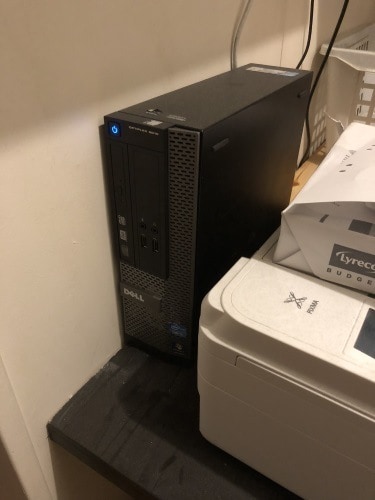 My Backup-Solution. An old computer that I am using as a NAS

Removing Virus from Your Infected Computer

If a computer was to be infected, it’s good to be aware of the steps that you need to take to solve it. Which steps to take will depend on what kind of virus it is. A very common type is ransomware. This is what happened at work, which I mentioned in the beginning. This is when your files are being encrypted and you need to pay someone to unlock the files. DO NOT PAY! If you pay, you are supporting the creator of the virus, something you don’t want to do. You are also spending money in hope that the criminal that created the virus, will unlock your files. Never trust a criminal.

But before you do anything else, remove the network cable from your computer so that it isn’t connected to the network. This will stop any eventual damage on your other devices in your network. Next, you want to go into safe mode on your computer, which means that Windows will load as little as possible to function. This is a great way to investigate the system. To enter safe mode, to the following:

When you are back inside of Windows, everything might look a bit weird. That is because Windows hasn’t load any graphics drivers and is instead running on the default resolution.

Now when you are in Safe Mode, run Windows Defender to scan for viruses. Do a full scan and let it finish before doing anything else. When the scan is finished, connect back to the internet and download the Microsoft Safety Scanner and let it scan the system.

If the virus is still there after these scans, it might be time to simply reinstall Windows. This will remove everything on your computer and make the computer like new again. This means that you will have to reinstall your games and programs again, as well as to restore your files from backup. To do a clean Windows 10-installation, the guys over at How-To Geek has a great guide for it, which you can find here.

Save Money by Not Being Fooled

Finally, I would like to talk about all the antivirus-software and hacker software protection that you can purchase today. Don’t spend money on this. It’s well-known that you need some sort of antivirus software on your computer and it’s common to purchase this service, which is reasonable. But today, if you run Windows or Mac, it’s built into the operating system.

Companies like Avast, Symantec, and Comodo are still making a business out of antivirus-software because people don’t know how much better Windows Defender has gotten over the years. Heck, a company called Kaspersky even sued Microsoft over it.

If you start looking for antivirus-software on Google, you’ll end up with 1000 of software that is “the best” and the “most secure” and this and that. I can agree that Windows Defender isn’t the best security software on the planet, but the combination of Windows Defender and common sense is as good as any other paid software…